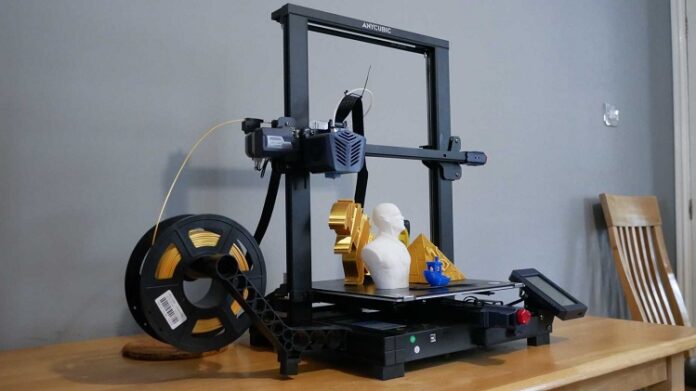 Buttercup the duck was born with a problem and it’s been fixed by a printer. This story is not just cute and heartwarming (it is both, though). It also shows just how far human technology has come and even helps us look toward what the future may hold. Get detailed information about the abilities of three-dimensional printing technology, on this website: dzcode.net

Buttercup was born November 9, 2012 in a high school biology lab. But the little fuzzy duckling had a big problem, his left foot was backwards. It didn’t just cause swimming problems, the backwards foot made Buttercup highly susceptible to cuts and infections whenever the little duckling simply attempting to walk around. He was brought to a wildlife sanctuary in Arlington, Tennessee which specializes in birds. They attempted to turn his foot around as he grew, but could only get it to partially move. It was decided that it would be best for Buttercup if the deformed foot was removed entirely. The veterinarian that performed the surgery did an excellent job with what Buttercup had, even fitting the new peg foot with skin from the bottom of the deformed foot in an attempt to give Buttercup as much mobility as possible. But, everyone knew that there was no way, even with this surgery, that Buttercup would be able to survive on his own. They began looking for prosthetic options and found one in an unexpected place, a 3D printer.

3D printers have been making headlines recently for making a variety of objects (mostly highly detailed gift items). They work by taking a digital design (which can be extremely detailed) and from that design printing a 3 dimensional object with detail beyond what a human hand would be capable of (at least with such exact precision). While the 3D printer has only been getting lots of press in recent years it was actually invented by Chuck Hull in the mid 1980s and the process was patented as Stereolithography. As time went on design capabilities on the computers and the materials used to print with have consistently improved. You can learn about the advantages if buying a 3D printer, on this website: www.androidmir.net

Working on a new foot

Fast forward to 2012 and a company called NovaCopy started working on a new foot for Buttercup. 3D printing works by taking the digital design from the computer and then printing the object one tiny layer at a time with as much precision as necessary. In Buttercup’s case they used the left foot of his sister, Minnie, as a model for the design of his new foot. Casts had to be made of Minnie’s foot and Buttercup’s peg leg, then the foot was printed and used to make a cast which was filled with molding material to create Buttercup’s new foot. When it was all done Buttercup got a new foot which was covered in a “sock” to mimic the feel and performance of a regular duck foot, and a nylon screw to connect the foot to the peg leg. On June 30 Buttercup was walking like a normal duck and on July 4th he enjoyed a successful swim. Also, what had started as a cute local news story had now been reported by the likes of The Huffington Post, CNN, NBC News and Fox News. Buttercup also has his own Facebook Page and YouTube channel documenting his progress.

Prosthetics for the developing world

While this story is truly precious it also foreshadows some ideas that will soon have real ramifications on human lives. Groups like GEMSI (Global Entrepreneurship and Maker Space Initiative) are tapping into engineers and other like-minded people to find ways 3D printers can help the developing world. Recently they’ve helped improve the comfort and cost of prosthetics for bombing victims in Baghdad (a knee insert was designed to improve the feel of a prosthetic leg it cost only $20). While these new designs aren’t perfect they have been successful in reducing the pain of the prosthetic and, with time and collaboration, they have to continue to improve. The different technology, is that there is no HP inkjet cartridges, this is a totally different idea.

State side researcher Stuart Williams in Louisville Kentucky is working on a project that sounds like it’s closer to science fiction. But, he actually has some encouraging data so far and an impressive timeline. Williams is hoping to use 3D printers to print a functioning human heart (as opposed to artificial he’s calling the new printed heart “bioficial”). The idea is that the printer can be precise enough to print with the same detail of human blood vessels and cells. Tissues will be harvested from a person’s fat cells and then the living cells will be reassembled into the needed organ with a machine they are calling a BioAssembly Tool. The finished product will be made of the patient’s own cells, eliminating the need for anti-rejections drugs currently necessary for organ transplants. Even if it sounds like science fiction the predicted time table for these “printed living organs” is only 10 years.

While Buttercup the duck enjoys his vastly improved life of efficient walking and swimming thanks to a 3D printer and some creativity around the world engineers, doctors and scientists are working to use the same technology to improve human life. And it’s all being made possible by printers. You can learn about the technology behind the three-dimensional printers, on this website: www.free-pc-guides.com

BSS Solutions For Your Business Needs